Being psychic and serving on a jury 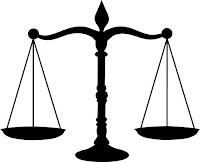 Being psychic and serving on a jury.
In , potential jurors fill out and mail in questionnaires ahead of time, with all their personal information. So when I got to the courtroom on the day I was called as a potential juror in a civil trial, the judge and all the lawyers knew ahead of time that I was a professional psychic. I tend to think of those legal types as being too stodgy to want me on a jury, so I figured I would be eliminated right off the bat. But to my surprise, nobody asked me any questions and I was picked to serve.

A few days later, after the trial was over, the judge came to me in the jury room and said with a smile, “So I guess you knew how that was going to turn out all along, huh?” I was totally shocked, of course, but I said, “No, I knew the plaintiff was an honest man and I knew the defendant was not, but I didn’t have a clue how the other jurors would see things.” Then the judge said to me, “After jury selection was over, I told those lawyers, ‘I can’t believe you’re going to let a professional psychic be on the jury and you didn’t ask him a single question!’ And the defense lawyer said, ‘I was afraid to ask him anything because I didn’t know what he might say.’ But the plaintiff’s lawyer said, ‘I was shooting questions at him in my head and I liked what he was answering.’ “


I didn’t even know what to say to that! The defense attorney was afraid to talk to me and the plaintiff’s attorney was communicating with me telepathically, or so he thought, and the judge thought the whole thing was funny! So much for stodgy legal types!
Posted by John Little Psychic Consultant at 10:05 PM